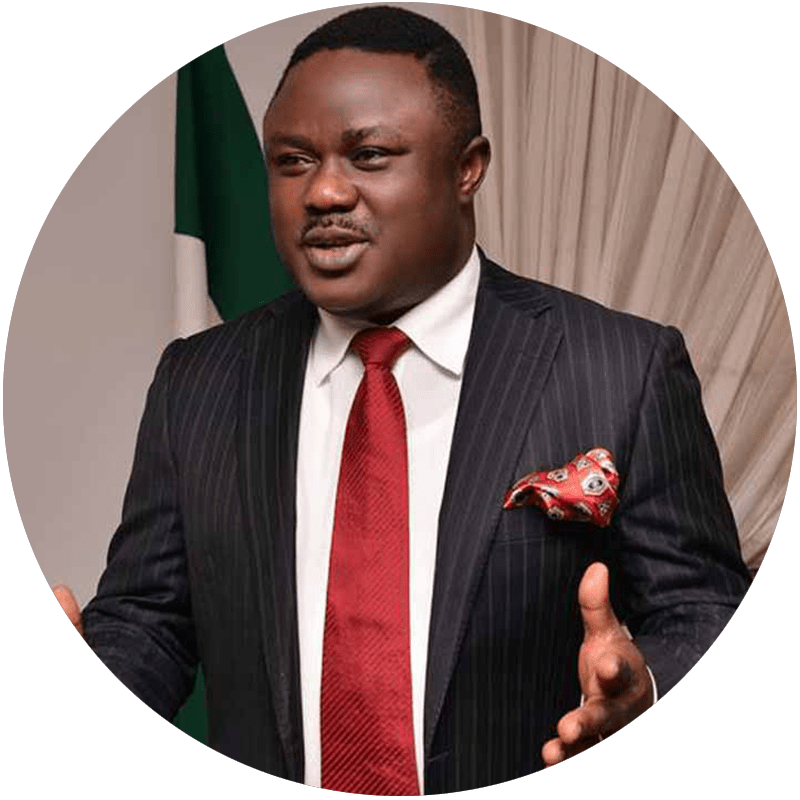 Benedict Bengioushuye Ayade (born 2 March 1968) is a Nigerian politician and the current governor of Cross River State since 29 May 2015. He ran successfully for the office of governor in April 2015 on the platform of People’s Democratic Party (PDP). Before that, he was a member of the 7th Senate of Nigeria.[1] He was re-elected as the governor of Cross River State in the 2019 gubernatorial elections.[2] Ayade, on Thursday, May 20, 2021, announced his defection to All Progressives Congress (APC) in Calabar, capital of the State, and was received by Yobe Governor and APC caretaker Committee Chair, Mai Mala Buni.[3]