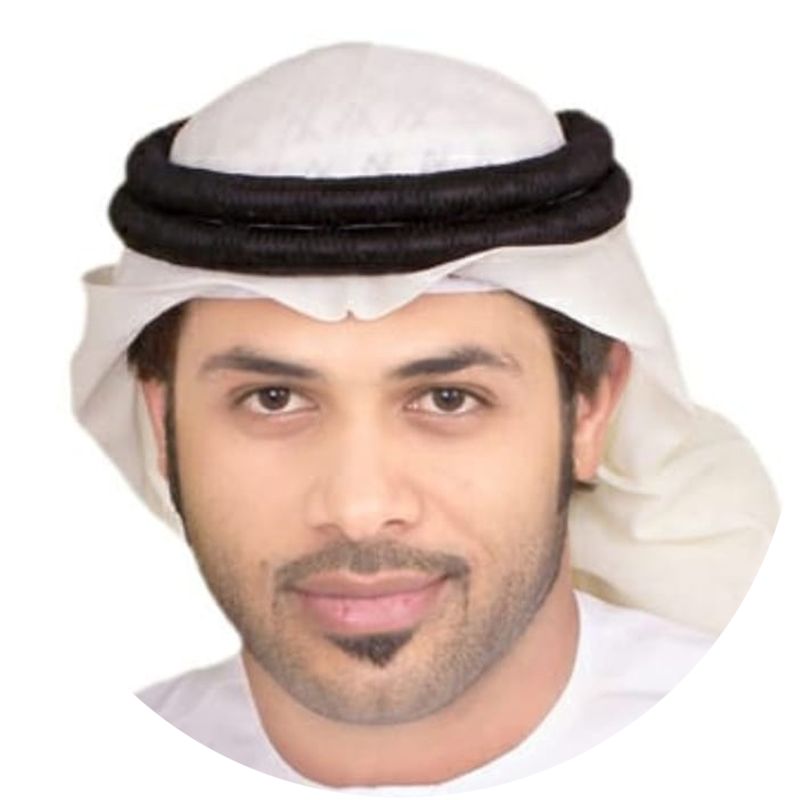 Dr. Mahmood Hassan Al Farsi is an Emirati National from UAE, Born in Al Ain, Abu Dhabi, graduated in B.S in computer engineering from the USA and holder of several diplomas in Tourism, Marketing, Communication, Advertisement and Events management from the Pitman Institution of London (England) and Gold Coast Institution (Australia). His passion to the industry of marketing and visual communication and well cultivated expertise in 360 Media (TV, Radio, Printed Press, Magazines, Newspapers, Broadcasted News and Social Media) has led him to become actively involved as a Peace Activator and GCC/MENA ‘Steering Council Member. “FOOTBALL for PEACE” {FfP} is Co-founders- FIFA and Chilean Legend, Elias Figueroa and British South Asian International footballer, Kashif Siddiqi – as ‘Champions for Peace’ Under the High Patronage of HRH Prince Albert II of Monaco and HRH Prince Ali bin Al Hussein of Jordan. {FfP} consider sports diplomacy to have a unique and irreplaceable capacity to unite people changing hearts and minds, going far beyond ethnic, religious or social differences in a time and world that is so connected but ironically, so divided. With the current global antagonism they see today, due to the actions and events that take place, they see an increase in marginalization and isolation of many citizens.

Football for Peace {FfP} is a diplomatic sports movement that uses soft power to bring people together. Their contribution to peace is to influence diplomatic, social and community relations by creating neutral environments through our Educational Sports Peace Process. They work with central governments, federations, football clubs, local councils and schools to

So often, bilateral ties are described in economic and political terms, however they are showcasing soft power and its ability to positively contribute at both government and grassroots level. Working with the United Nations through our Educational Sports Peace Process, which is inclusive of “Peace Matches and Cities for Peace programs” shows the commitment they have to using sport to help create a better world

Dr. Mahmood Hassan Al Farsi , Producer, is the MENA (Middle East and North Africa) region’s President for Keller Edde Studios (KES), Los Angeles, California that has contributed to shaping the film industry and production and most known for the latest film presented at the Cannes Film Festival, Hands of Stone starring Robert De Niro, also they are in the process of producing, Gibran Khalil Gibran Film, and many other long films and TV series. In addition, he is a member of the Congress Library in Washington DC, USA and ‘Who is who’ in Arab World Book 2003. Since 2011 till date, Eng. Mahmood is the Sales and Campaign Manager at the governmental entity Abu Dhabi Media*. Dr.Mahmood Hassan Al Farsi has been appointed as Jury Member of Global Art Awards.

The international summit and activities of “My Food Is My Cure” granted Awards Dr. Mahmood Hassan Al Farsi the title of Ambassador of Hope, in Humanity Research Studies, same title as Lionel Messi the Barcelona football player. The titles were awarded Under the presence of His Highness Sheikh Hemdan Bin Nahyan Bin Hemdan Al Nahyan with the presence of H.E. Ambassador Dr. Tariq Saif, Secretary General of the Therapeutic Food Initiative and Tareq Humanitarian Organization London & Director General of Excellence & Autism. The awards were held at the prestigious Armani Hotel, Burj Khalifa in Dubai -UAE.

Dr. Mahmood is a rising Consultant in the UAE, he is a Commercial, Media & Campaign Manager in Abu Dhabi Media. In an interview broadcasted on Al Emirate TV, Dr.Mahmood was thankful to be honored during the summit and to be Awarded as an Ambassador of Hope. This event is considered the most important initiative that translates the achievement of happiness for employees through reducing their stress levels.